Adam’s Vine, by Sophie Coryndon, is created with 1000 cast and gilded husks strung on brass wire and trained up an interior wall in Classical Rococo style. The illustrated work, measuring 3×3 metres, is now sold but can be commissioned. 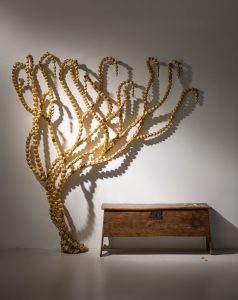 The composition potential of this piece is versatile. The fabrication means vines can be trained up interior walls, across a ceiling or floor, or suspended within a framework to create a division of internal space.

The design concept was inspired by the 18th century Neoclassical designer and architect, Robert Adam who was described in his obituary as, ‘a genius in elegant ornament’. The Adam style incorporated elements of classical Roman design alongside Greek, Byzantine and Baroque styles.

Adam’s Vine is the first of an intended series of architectural vines and the piece shown can also be commissioned with variations in scale, husk design and finish.

Sophie’s work spans the world of fine and applied art, and is characterised by exceptional craftsmanship, innovation and beauty. 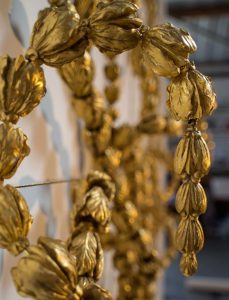 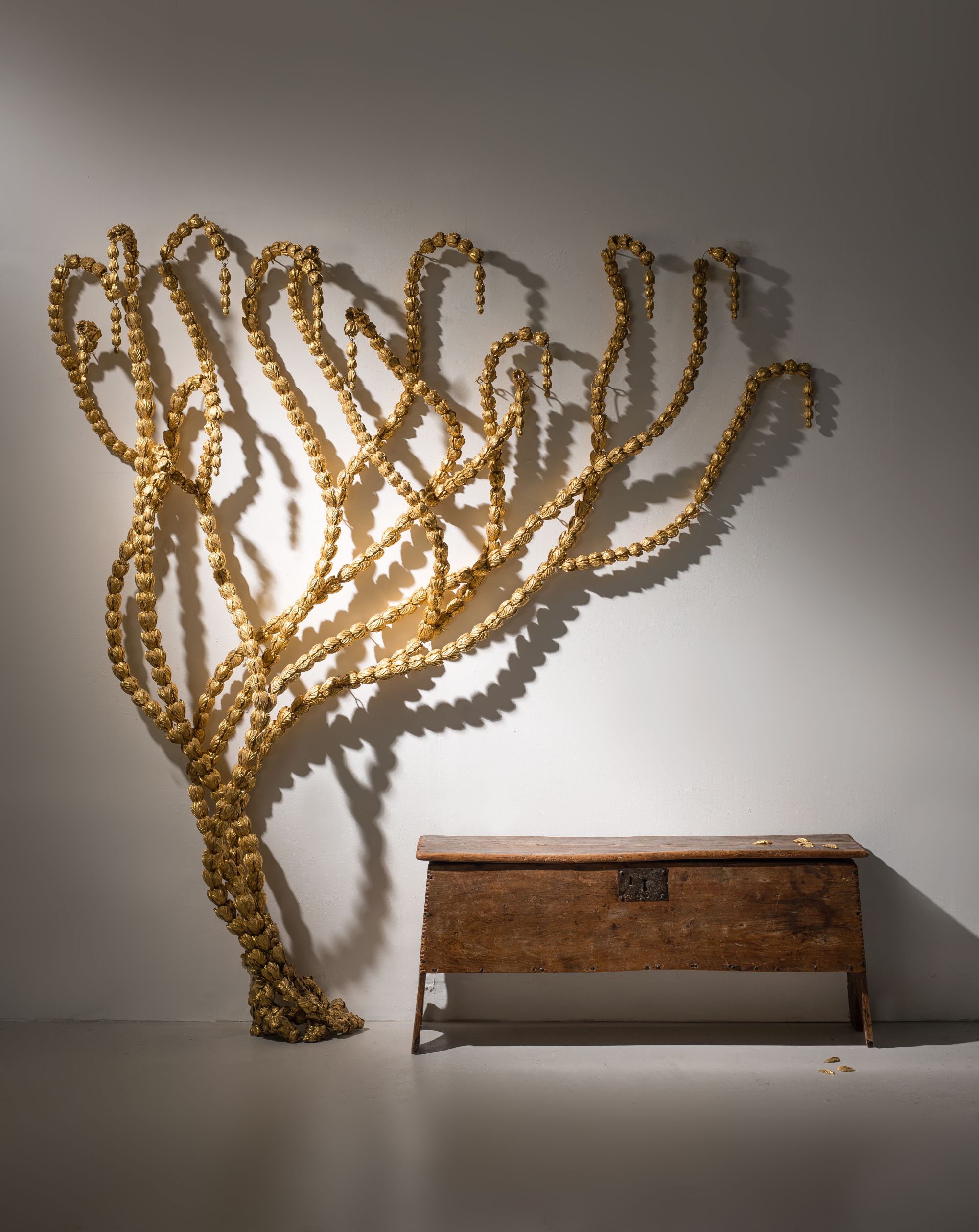 Partnership between Guilded and Smythson